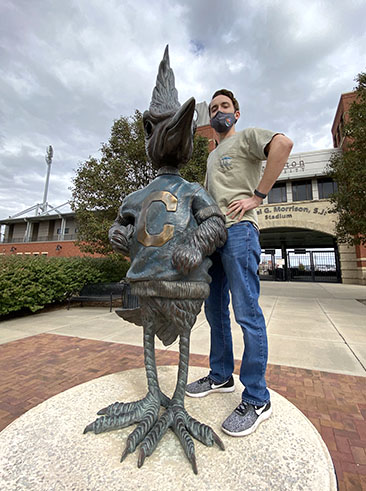 Ninety-one percent of Heider business students work at least one internship during their four years at Creighton. Of this 91%, most work two or three.

Jeremy Plummer, however, did not achieve the college’s average. He exceeded it. Plummer, a senior FinTech and BIA double major from Aurora, Illinois, has held five internships as an undergraduate student. He was a security operations intern with Millennium Trust Company in Oak Brook, Illinois. In Omaha, he served as a valuations intern at Resource Insurance Consultants, a credit risk intern at Tenaska Marketing Ventures and an investment sourcing intern at Dundee Venture Capital. Currently, he is a private equity analyst intern at Omaha’s McCarthy Capital.

“I fully believe that college level education and internships go hand-in-hand, and that as a student you can gain the most from these experiences when they are done synchronously,” says Plummer. “Starting internships in between my freshman and sophomore year at Creighton, I have consistently had the opportunity to be exposed to material in the real world before learning about it in a class environment. Already having exposure to the material allowed me to take the time to think about it more deeply and in different ways when in the classroom.”

While impressive, the sheer number of internships is not the only factor that caught the attention of his future employer, Five Elms, a private equity firm in Kansas City, Missouri. Quality and diversity of internships mattered as well. Ironically, other than an early interest in exploring the different areas of finance, Plummer says he did not have a set plan for building his resume. Each experience forged the next chapter in Plummer’s narrative, and he grew increasingly confident in both his direction and ability to tell his story.

“It was this development throughout the course of my various internships that I believe played the greatest role in me receiving an offer from Five Elms,” he says. 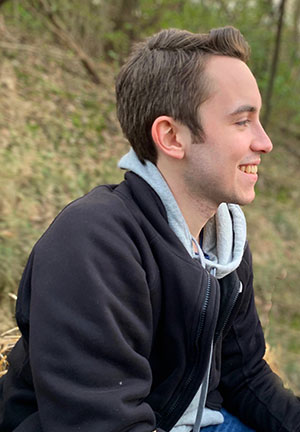 After graduation in May, Plummer will join the private equity firm’s sourcing operations team as a business development analyst. As such, he will work to identify and qualify software startups that present unique investment opportunities for Five Elms, particularly within the early stages of the investment process.

Plummer describes Five Elms as being populated by “entrepreneurial minds,” which appeals to him as he says he has “always had a passion for innovation and entrepreneurship.” It’s why he quickly opted to pursue a FinTech major when the new program was created a few years ago. His job at Five Elms will also feed another of his passions – positively impacting the world through business. His position will focus on finding innovative, emerging companies intent on being agents of change.

Despite exceling in finance, a few of Plummer’s favorite classes were actually outside the business curriculum – an English course he took as a freshman and a history of protest class. He says Creighton encourages students “to try new things and take paths that they never imagined,” and the Magis Core curriculum did just that for Plummer academically.

Socially, he joined the Alpha Kappa Psi business fraternity, serving as president for the past year. One of his favorite Creighton memories is the fraternity’s annual fall hayrack ride. He says the event provided “an important bonding opportunity with older and younger peers that have helped make Creighton such a memorable experience.”

Looking back to his college search as a high school senior, Plummer says he knew very little about Creighton. It wasn’t until he was invited to the Creighton Business Symposium that he quickly added the University to his short list. Omaha’s small-town feel, the opportunity to be a Business Research Fellow and the Heider College of Business’ emphasis on internships cemented his decision.

“Few other schools highlighted the importance of this real-world exploration,” Plummer says.