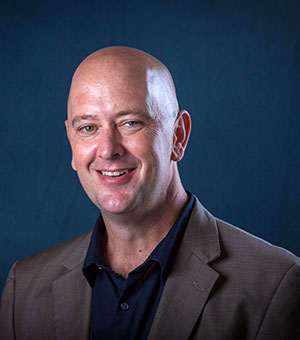 Raised on a hog, corn and cattle farm in central Nebraska, Gustafson attended colleges in Canada and Israel before completing his B.A. in philosophy and english at UNL(1992). After an M.A. in Christian Thought at Trinity in Chicago(1994), and an M.A. in Philosophy at Fordham (1996) while surviving a bout with cancer, he completed his Ph.D in Philosophy at Marquette (2001) on a full ride while teaching 2-5 courses per semester at Marquette, Trinity College and Cardinal Stritch. From 2001-2005 Gustafson was employed at Bethel University in the philosophy department. Creighton contacted him for the Business Ethics position, and he came to Creighton in 2005. He achieved tenure in 2010, and has published articles or reviews in Business Ethics Quarterly, Teaching Ethics, British Journal for the History of Philosophy, International Philosophical Quarterly, Jesuit Higher Education Journal, Business Ethics: A European Review, UNLV Gaming Review Journal, Teaching Business Ethics Journal, Trinity Journal, Religious Studies Review, Faith and Philosophy, and Philosophia Christi, and has given more than 100 academic or professional presentations at conferences and workshops regionally, nationally, and internationally. He has also been invited to give keynotes or talks at a variety of schools including Darden (U. Virginia), U-Texas San Antonio, Rockhurst, Cairn U., Tehran University (Iran), and other universities in Iran.