Beginning in 1992, the nation’s best business schools began noticing a decline in undergraduate enrollments. Creighton’s College of Business Administration was not immune to this trend, noted the Rev. Neil Cahill, S.J. in his book chronicling the first 75 years of the college. To tackle this situation head-on, Creighton connected Omaha business leaders with the University’s Board of Trustees and tasked them with examining the enrollment. A group of 18 CoBA faculty and staff also met to develop a list of enrollment-enhancing strategies. This came on the heels of the Board of Trustees’ approval in 1992 of the Creighton 2000 Plan, a long-term plan that established the goal “to become the outstanding comprehensive Jesuit university in the United States by the end of the decade.” In his 2003 history of the University, Creighton historian Dennis Mihelich, PhD, described the plan as an “idealistic goal” and one that “would not go unchallenged by the other Jesuit institutions that believed they deserved that appellation.”

Though reversing a national trend in enrollment is difficult, Creighton University offered a comprehensive student experience that succeeded in doing just that. Dean Banville, in his final year as dean in 1994, wrote that “for the seventh straight year, U.S. News & World Report has ranked Creighton among the nation’s ‘best college buys.’” The University’s high marks from the publication would continue for many years.

Banville was named dean emeritus by the Rev. Michael Morrison, S.J., at the February 1994 University convocation. His replacement was Bernard Reznicek, 57, a former president and CEO of the Omaha Public Power District (OPPD) and the Boston Edison Company. Reznicek was a 1958 graduate of Creighton, having received his bachelor’s degree in business. 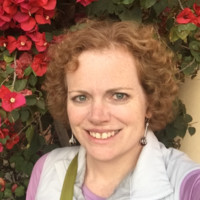 Billie Determan, BSBA’99, has spent the majority of her career in the food and drink industries, particularly in the areas of supply chain and manufacturing finance. Currently, she is director of supply finance for Mars Wrigley, North America. Mars Wrigley is the world’s leading manufacturer of chocolate, chewing gum, mints and fruity confections.

Following graduation, Determan began her career in the Omaha office of PricewaterhouseCoopers, LLP. She joined ConAgra Brands, Inc. in 2001, holding positions of increasing responsibility, including director-level roles in both internal audit and supply chain finance. Following 12 years at ConAgra Brands, she moved to Beam Suntory as finance director for North American supply chain and expanding into the director of global supply finance. Continuing to build on her leadership experiences, Determan joined the Mars Wrigley North America finance team in 2019, based in the New York metropolitan area.

Since volunteering at Girls Inc. as a college freshman, Determan has donated both her time and resources to various organizations that focus on education, cancer research and service. She joined the Heider College of Business Advisory Board in 2019 and serves on its curriculum committee.